If you've played the lottery, you already know how to play Keno. Anyone with favorite numbers can enjoy this fast-paced game. Keno can be played online or in live casinos, both in traditional and video keno versions. 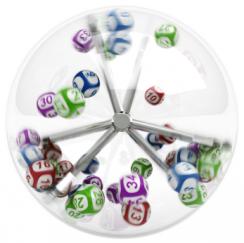 How to win at Keno every time

Keno tickets consist of 80 numbers per game and players can select as many numbers as they want. The number of numbers usually selected range between 1 and 15, but sometimes players choose up to as many as 20. The more numbers you pick, the higher the payout you will receive for "catching your numbers." For example, if you pick only one number and hit it, the payoff will be rather small. If on the other hand, you pick nine numbers, you won't get anything for hitting one, but you will receive a very large payoff for hitting all nine, or even for hitting seven or eight.

In live Keno, the games start at predetermined intervals. Therefore, your ticket should correspond to the current game which is called a "race". The Keno board will highlight the selected numbers which are chosen randomly using a Random Number Generator (RNG) which draws numbers randomly. Once the Keno board has twenty numbers highlighted, you can check your ticket to see if you have caught one or more.

Although you may think that there can be no possible way of applying a strategy to how to win Keno, thanks to the very nature of the game itself, there are a few Keno Strategy tips that you can follow in order to make the most of your bankroll and manage your money well.

When it comes to the online casino world, there’s no such thing as being too prepared. Read the game’s rules properly and make an effort to learn all the terms which govern it. Once you feel somewhat familiar with things, implement your new found knowledge by playing CasinoToplists Free Keno Game. Playing Online Keno Free will give you the opportunity to perfect your skills without spending any of your hard-earned cash.

Once you’ve practiced enough on our Online Free Keno Game to have confidence oozing out of your every pore, it’s time to start conducting the great hunt for bonuses. One of the best things about playing on the internet is the fact that there are so many great deals out there for online players which means that it’s your job to make the right choice and choose your casino wisely. Always make sure to read the fine print and terms and conditions of each and every bonus deal to make sure that you truly are getting what’s advertised. If you’d like to learn more about bonuses and don’t know where to start, visit our casino bonus page to get the best online casino bonus.

3. Don't worry too much about which numbers to pick

Choosing numbers can be considered to be a bit stressful but you shouldn't worry too much about choosing the "right" ones as the outcome is completely random so there is no fundamental difference between choosing one thing over another. If this piece of information hasn't reassured you already, you'll be happy to hear that most Online Keno casino games now come with a 'Quick Pick' option that will randomly choose a bunch of numbers for you. How to win Keno has never been easier!

Many online casinos offer multi-race cards where players have the facility of choosing their numbers just once, this means that you don’t have to waste time choosing your favorite numbers over and over again. The less tired and fed up you are, the more alert you’ll be.

5. Slow down the pace

Although in the last point we spoke about how boring it can be to choose your numbers over and over again and how much better it is to go at a faster pace, one of the main differences between Online Keno and the Keno played in brick and mortar casinos is the fact that Online Keno is played at a faster pace. While in a brick and mortar casino you have to wait for numbers to be drawn and for the game to end, at online casinos you can play over and over again for as long as you want. This means that while you’ll inevitably get more play time, you also have to be much more careful not to get carried away and bet money you simply don’t have.

6. Bet according to your bankroll

You don’t have to be a casino expert to know that Keno has a very high house edge. Indeed, Keno can have a house edge of anything between 25 to 40% depending on where you choose to play. This means that you not only have to decide how much you’re willing to lose beforehand, but you may also want to consider placing small bets instead of large ones. For more detailed information about how to manage your money, visit our Keno Money Management page.

7. Always factor in the odds

When playing Keno, you always need to choose a number of spots to bet on. Typically, you’ll be allowed to pick 1-15 numbers but this varies according to the place you’ve chosen to play at. While you’re free to pick as many numbers as you want (within limit), any Keno player worth their salt will tell you not to pick the maximum amount of numbers as your chances of hitting them will be extremely low.

When you get down to brass tacks, Keno payouts are based on how many numbers you have selected during the game as well as how many of those numbers are hit. This is then multiplied by the proportion of the wager you have as a base rate. The more numbers a player chooses and the more spots which are hit, the greater the payout. Of course, the size of the payouts themselves varies according to the casino. Below find a table of all the hits and the odds that accompany them.

As you can see, there’s a very slim chance that you’ll get 20 out of 20. It’s as close to impossible as you can get. But getting no hits is quite unlikely too and that’s why many casinos have a bonus for tickets where you miss everything. Note: The odds will change depending on the number of spots you’ve chosen on each ticket. 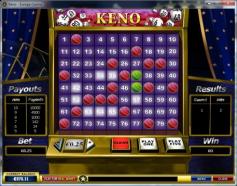 It's pretty impossible to find a casino game with more history than Keno. This popular numbers game has come a long way before making it into restaurants and lounges in Las Vegas and California and online casinos. Around the year 200 BC, ancient Chinese scrolls tell of a ruler, Cheung Leung of the Han Dynasty. Cheung Leung needed funds for the military and so he decided to create a little lottery. The Chinese people went wild for his invention and pretty much built the Great Wall of China with the lottery proceeds, however, there is no documented of Chinese lottery before 1847 when the then Portuguese government of Macao decided to give licenses to lottery operators. In order for everyone to get in on the action, the results of Keno games that would take place in the bigger cities would be sent to the little villages and hamlets on the outskirts by carrier pigeons. As one can imagine, the Chinese originally played the game using sheets printed with Chinese characters. Chinese immigrants brought Keno to the West when they went to America to help build the First Transcontinental Railroad in the 19th century. By 1866 it had already become a hugely popular gambling game in Houston, Texas and that's where it got the name we know it by today.

What is the best how to win Keno strategy?

Like Craps or Scratch Cards, Keno is almost entirely based on luck, however, the best how to win Keno strategy tip for players is that they should always measure the risk vs rewards factors when placing bets. Get to know the ins and out of the game by first playing at our Free Keno page.

What are cold numbers?

Keno 'cold numbers' are numbers which are drawn very rarely during a game. A number is defined as cold based on what gets hit in 15 consecutive rounds.

What are hot numbers?

Can any winning patterns be found in Keno?

Based on luck, Keno balls are randomly chosen with a Random Number Generator (RNG), thus, it is very hard to predict which numbers will be hit. There are a lot of people who claim that there are fixed patterns in Keno, however, there is next to no proof of this. At best, you can try to take note of hot and cold numbers and try to make decisions based on that.

How much money can you win in Keno?

The amount of money that you can win is dependent on each and every casino. Many times, casinos will give you some sort of indication as to how much you'll be able to win on each ticket. That said, if you're after winning big money, the best thing you can do is play Progressive Jackpots.

How many numbers do you pick for Keno?

When it comes to picking numbers, players can usually pick 1-15 numbers. That said, there are a few game variations which will allow you to choose between 1-20 numbers.

What's the best way to win?

The best way to win is by playing multiple tickets at the same time. This will give you a better chance of hitting the right numbers and reaping the rewards for it.

Can you manipulate the results in your favor?

I think we all know what the answer to this one is going to be. Unfortunately, it's not yet possible to manipulate the results and change the odds.

Although Keno is largely based on luck, if you're on the lookout for a laid-back casino game that doesn’t require a lot of thinking, Keno might be the right choice for you. While brick and mortar casinos offer players a slower and more leisurely pace, Online Keno is ideal for those players who want to play more than one game at once and receive their answers equally quickly. Whereas visiting a brick and mortar casino will require you choose how far you're willing to go from home for your Keno fix, when it comes to playing online Keno, the online world is your oyster and your greatest challenge will be whether to play in bed or on the couch. So why not visit one of CasinoToplist's specially chosen toplist of Best Keno Casinos and start the all-important task of picking out numbers and placing bets.