What you need to know about Online Casino South Africa 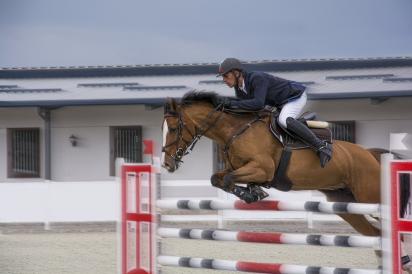 The gambling situation in South Africa has been a rocky one for quite a few years. As with many other countries, it doesn't seem to be that the people don't want to gamble but rather the legislation restricts it. In 2006 a study was carried out which showed that South Africans do in fact gamble quite a bit with 96.6% of South African gamblers taking part in the National Lottery, 27.7% playing on slot machines and 22.7% playing on scratch cards. Like Dubai, horse racing is pretty big in South Africa with 11.5% saying that they often bet on horses. Only a little over eight per cent of the population claimed that they had never gambled. It is interesting to note that although there are extremely tight restrictions in South African gambling, in 2006/2007, the gross gambling revenue came up to R13.52billion. This was 2 billion more than the previous year’s sum of R11.4 billion. Although 86.2% of this revenue came from casinos, this did not slow down the number of raids which took place in 2006/2007 with the National Gambling Board reporting a total of 455 raids and closing down of illegal gambling setups. Far from being a barren casino wasteland, one can find land-based casinos in all of South Africa's metropolitan areas. Montecasino in Sandton, Johannesburg is an actual entertainment complex where people can gamble, eat at restaurants and even watch movies in theatres.

While it's true that South Africa has a lot of restrictions when it comes to certain forms of gambling, this rigidity does not extend to everything. South Africa is the perfect blend of many different cultures and ideas which makes it the ideal holiday destination for those with a more adventurous side and although you might not be able to indulge in South African Online Casinos with ease, there are other things which you can legally play:

Looking closer at the history of gambling in South Africa

1965 was not a good year for South African Casinos with the Gambling Act of 1965 abolishing all forms of gambling except horse racing. Ironically, this act didn't seem to put much of a damper on the casino party and in the latter part of the seventies, casinos opened in the independent areas of Bophuthatswana, Ciskei, Transkei and Venda. It is interesting to note that it was only native South Africans who lived in these particular areas and most people wouldn't have been able to have any access to those casinos. Around 25 years later, there were around 2000 illegal operating casinos spread throughout the entire country. When the new democratic government came to power in 1994, the legalised all forms of gambling and two years later, the National Gambling Act instituted a system of licensed casinos and a single national lottery. However, despite all the checks and balances put in place and the establishment of a National Gambling Board, in 2004, another National Gambling Act repealed the Act of 1996. The last big update to the South African gambling scene took place more than a decade ago when the National Gambling Amendment Act was introduced in 2008. Unfortunately, this legislation has been riddled with issues and is yet to be implemented. This has left South Africa in a very static position.

As you can imagine from what we have spoken about above, playing at one of the South African Online Casinos is no cakewalk. The National Gambling Act of 2004 prohibited both the offering of interactive gambling services as well as online games. On top of this, the restrictive and rigid legislation applies to all online operators regardless of their jurisdiction. Interestingly, despite these restrictions, South Africans can still take part in online sports betting and online horse race betting just not in casino games or poker. Bookmaking is legal as long as the right licences and permits are procured (and it is not easy to get them).

The main point of the National Gambling Amendment Act of 2008 was to make interactive gambling legal throughout the country and regulate the market, however, as has been the case in many other countries, this Amendment Act was greatly opposed by the very rich owners of the existing land-based casinos. Money talks and unfortunately, they have been able to keep up their pressure on the government enough for things not to have moved in over a decade. In 2010, even online gambling offered to South Africans from offshore servers was banned thanks to a North Gauteng High Court Judgement. From that point onwards, every online gambling service from inside or outside of the country became illegal and the punishment for partaking in it extremely high. The penalty for casino sites, individuals, internet service providers, and banks that process payments for online gamblers is a fine of up to R10 million or up to 10 years of imprisonment.

Unfortunately, casino games, poker, and bingo cannot be legally played in South Africa. Even if the online casino is based in another jurisdiction, South Africans still can't play at it.

What can South Africans legally play?

Is bookmaking illegal in South Africa?

No, if you have the right licenses and permits you can legally be a bookmaker.

Where can I find a South African mobile casino to play at?

Visit our Mobile Casinos page and find out all the information you need as well as the right Mobile South African Online Casino for you.

Where can I play free casino games at South African Casinos online?

Yes, some South African Casinos online host free casino games at their website. Playing some of the free games available will grant you the opportunity to learn the ropes efficiently and allow you to decide whether you'd like to play your chosen game for real money. Generally speaking, you'll be able to find casino games ranging from free Slots, Blackjack, Roulette, and even free Keno.

While the South African picture is far from a rosy one, that doesn't mean that change is not in the air. Quite a few years have passed since the last proposed amendment and many South Africans feel that the 2008 National Gambling Amendment Act will finally be put into action any day now. Of course, we at CasinoToplists always urge pour players to be as safe and informed as possible so should you come across a South African Online Casino you want to play at, we suggest that you make sure that it is, in fact, a reputable casino which has a stellar reputation. Always make sure to read as much as you can about your casino of choice before you dive in headwords. Good luck!