Launched in 2008 when Rome Casino opened its digital doors, TopGame Software is a relative newcomer to the world of casino software providers and its developers are dedicated to developing their own products as well as Top Game Casinos.

Thanks to the fact that TopGame developers aim to become one of the world’s top mobile game developers in a mobile market which is going from strength to strength, Top Game Casinos feature some of the best online casinos with Rome Casino being the most renowned. Like in any success story, climbing to the top has not come without its problems and in fact, in 2009 players reported that there were many problems in the Top Game Software when it came to the Top Game Slots. Progressive jackpots and wild symbols in games were also said to have disappeared overnight from certain games. Despite these early problems, Top Game was able to resolve its issues and nowadays Top Game Software Online Casinos are well on their way to providing casual games to the world’s one billion smartphone users.

TopGame Software only offers a downloadable client but the installation process is very quick and can be completed in less than a minute on an average internet connection which is pretty great news for players who may not necessarily have the strongest internet connection out there. Once you’ve registered and logged in, you’ll find yourself in a standard casino lobby with various games featured in tabs such as: ‘Jackpots’, ‘Roulette’, ‘Blackjack’, and ‘Video Slots’.

Ultimately, the general Top Game Software approach is a no-frills one that quickly and simply lays out the game options. Navigating through each game is simply a matter of a few clicks, with most games taking around 10-15 seconds to load the first time. It is interesting to note that Top Game Casinos do load a lot faster on subsequent visits. 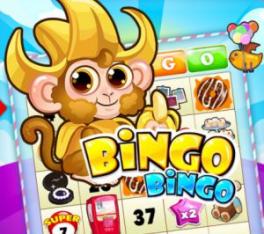 Let’s get the facts straight - TopGame Online Casinos graphics won’t bowl you over but they do get the job done which is a fairly consistent theme throughout the software’s different features. Each game you are able to access appears at the top of the screen as a tab so much like with browser windows you can keep various games open and accessible or close them to remove them. Of course, as you would expect, at Top Game Casinos the standard options are available as far as graphics and gameplay are concerned and should you want to decrease or increase game speed and to toggle the sound on and off, as well as to switch from male to female dealer voices (or turn them off altogether), Top Game Software allows you the complete freedom to do so.

A feature which we at CasinoToplists are particularly fond of is the very prominent tab on the right hand side of every page which leads you to Top Game Support. This tab which is both static and shows on every game page shows just how much Top Game Casinos value you their players and are willing to lend a helping hand should the player not understand what is going on or get plain stuck. The reality is that while many online casino software companies do offers something similar to this feature on their software, it is very rarely shown as a static feature which one can simply revert to whichever game page he or she is on. Given the fact that we at CasinoToplists are seasoned players we give this specific feature so much value because it’s not the first time that we have spent minutes and minutes of precious game time simply hunting around for a help button when something happens. 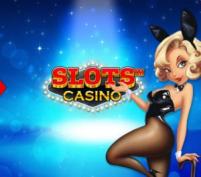 In keeping with Top Games Casinos very apparent approach of keeping things extremely simple, it comes as little surprise that Top Game Software does not come with a great variety of games which may come as something of a blow for all those who relish choice. That said, if you are the kind of player that knows what he likes and doesn’t really deviate from it, you absolutely won’t be disappointed as all the usual major offerings are in place. Indeed, while some may complain that there are only three different blackjack games and four video poker varieties on offer, some people will rejoice that they haven’t been led down the usual labyrinth of flashy games.

It is interesting to note that while the varieties of blackjack and video poker games are few, players will have a wider range of choice when it comes to video slots. Indeed, it would see that someone over at the Top Game Software headquarters is pretty in love with the digital sibling of the slot machine and Top Game Casinos can enjoy more than twenty five different games which isn’t too stingy. What’s more, the lover of the progressive jackpot can sleep easy tonight knowing that they can enjoy at least three different progressive jackpots. In case you haven’t caught our drift, players will find all of the most popular casino games at TopGame, just perhaps not the same level of variety and quantity as they are used to when playing on other software.

Basic but ultimately functional with cool vibrantly coloured graphics to boot, TopGame Casinos may not be the first choice for those who like a good game adventure but they are certainly both memorable as well as dependable.