In the past, going to a brick and mortar casino was nothing short of an experience. Smoke filled the air from tens of cigarettes being lit and in the distance, you could hear the sounds of dozens of slot machine reels turning and a croupier calling out bets. There was a magic of possibility in the air, one that can't easily be replicated - or can it? Below, we will be speaking about the future of the casino and how virtual reality casino is set to change the way we gamble forever.

What is a Virtual Casino? 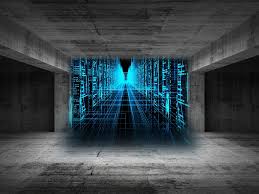 When people first made the change from brick and mortar casinos to online ones, a lot were worried that they would completely lose touch with the aforementioned casino experience. In fact, a lot of players were so resistant to online casinos for so long because they were worried that they just wouldn't be able to replicate the glamour or the feeling of being in a physical casino. Of course, as online casinos have developed, so have their offerings. While in the very beginning all that players could enjoy were a few colorful games, eventually live casinos with live dealers were introduced which meant that people could feel like they were more actively participating than they had in the past. Where before they had to rely on playing against unseen opponents, the live casino gave players the opportunity to see a real person's face on their screens. Now, things are going to evolve again with the virtual reality casino which will give players the opportunity to experience all the sights, sounds and smells of a real casino in a three-dimensional environment not so different from the real deal.

The Birth and Evolution of the Virtual Casino

Ever since man started playing games, he was always out to enhance his experience, however, technology didn't allow for such leaps in experience quality until relatively recently. When items like Nintendo's Virtual Boy and VFX1 Virtual Reality Headgear were developed and released in the nineties to much fanfare (Nintendo claimed that it had spent more than $25 million on promotion), they were not received very well by the general public, so much so, that the Virtual Boy was discontinued less than a year after it was released in both Japan and North America. The Virtual Boy has even gone down in history for being one of the few failed Nintendo products released. Many have stated that the failure was inevitable because technology just wasn't advanced enough to cater for virtual reality in the nineties. Fast forward more than twenty years and the world is now a completely different place thanks to the internet. Far from worrying about past flops, many companies have spent years experimenting and perfecting VR experiences and the recent release of Facebook's Oculus Rift and Sony's PlayStation VR are set to go far in the ushering in of a new dawn for gaming. Many are estimating that within as little as the next five to ten years, people everywhere will be able to enjoy the full spectrum of the casino experience in their own bedrooms - Marty McFly would be proud!

As you can imagine, virtual reality casino games are being designed to replicate exactly what one would find at a casino and while video games are usually played by teens, the virtual reality casinos in development at the moment are aimed at an older demographic. Despite the fact that there are still too few casinos which offer VR Casino Games, the casinos which do offer VR games have a fabulous choice of VR Slots, VR Blackjack and VR Roulette games.

Simple and easy to play, it's little wonder so many players say that slots are their favorite game. VR Slots will give you the player the ultimate slots experience in full color and sound. Whether you fancy indulging your dark and dangerous side with some Dracula or want to keep it light with some Starburst, there's everything you'll need at our VR Casinos of choice.

One of those games that requires patience and knowing when to stop, Blackjack is much-loved by many because it's one of the easiest card games to play. So far, there have many casinos which have offered live versions but now, with a simple headset, you can be transported straight to the blackjack table. The Oculus Rift is so good that you will actually be able to reach out and place your chips on the table and tell the dealer whether you want to hit or stand. It's almost better than the real thing!

While in the past, people could feel present thanks to the Live Roulette version of the game, now you'll practically be able to feel the wheel spinning while the black and red colours flash before your eyes.

As you can imagine, the graphics used in Virtual Reality Casino games are not like the ones used for the normal 2D games. VR Casino games have very high-resolution imagery and a much higher frame rate than normal video games so that latency is kept low enough that when you move your head, you don't experience any lag. Here are some of the other features you can expect from a Virtual Reality Casino:

What are some of the features of a Virtual Reality Casino?

What hardware will I need to play at a Virtual Reality Casino?

What specifications does your computer need to have for you to be able to play at a VR Casino? 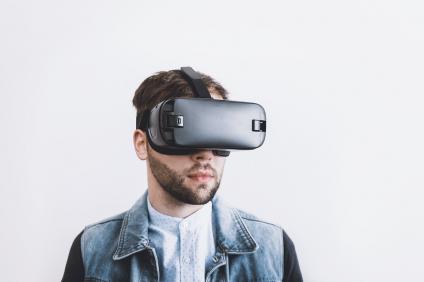 When anyone thinks of VR, the first thing that comes to mind is the ubiquitous headset and with good reason too because Virtual Reality Gaming requires seven times the processing power that normal games do in order to bring you 3D vision and so far there is no computer that is able to do that while a typical desktop frame rate is 60 frames per second, VR gaming would need 90 frames per second for game play to be decent. You also won't very far with your average computer mouse, controller or joystick because Virtual Reality Casinos are far more sophisticated than normal games. Instead of the normal hardware, VR players use data gloves. Data gloves do not only ensure that your presence is detected by the game but thanks to lots of tiny sensors on the glove, it is able to detect the way your body moves. In the same way that your brain sends signals to your body for movement to take place, once the glove detects what movements you are making, those same movements will be fed back into your computer. That data is analysed and the same movements you are making in the real world will be interpreted in the virtual one. Of course, since both these items are costly, virtual casino game developers have made sure to develop Virtual Reality Games which you can you play without these two pieces of equipment.

The answer to this one couldn't be easier. In order to start playing at a Virtual Reality Casino, you first need to find a casino which supports VR play (if you're at a loss just take a quick look at our toplist). Once you've found one that you like, all you need to do is signup and start your VR journey.

While most online casino games and free casino games can be played online, due to its complexity, you will need to download an actual game app to play Virtual Reality Casino. The good news here is that it's absolutely free to do so.

Do I have to have Oculus Rift Goggles to play at VR Casinos? Can I play without them?

It is preferable that you wear your Oculus Rift Google to play at Virtual Reality Casinos in order to experience things at their best, however, this doesn't mean that you can't play 3D games without them. While you can't actively take part in the way you would with goggles, you'll still be able to see the 3D effects. It's a bit like going to the cinema and watching a 3D film without 3D glasses.

Is a specific remote needed for game play?

No, unlike other virtual reality games, you don't need a special remote to play. You can easily play by using your keyboard or at most, a joystick.

Will other players be able to see me whilst I'm playing Virtual Reality Casino?

Yes, of course. Virtual Reality Casinos offer bonuses exactly like any other casino. To learn more about which casinos offer what, visit our online casino bonus page.

While in the past, players had to content themselves with sparse graphics and low-quality gameplay just to get their gambling fix, the future looks bright for all those who place a value on an amazingly realistic casino experience. Gone are the days when you have to leave the comfort of your home or even bed for an online experience and now the casino will be brought directly to you. So buckle up, visit our Best Virtual Casinos list and start your journey into the great unknown.