Atlantic City Blackjack - All About its Rules & Strategy

Although our seasoned Blackjack experts at CasinoToplists have made frequent visits to Las Vegas over the years, they’ve also ventured to the likes of Atlantic City too. And although Sin City still remains a favorite in our hearts, New Jersey’s very own gambling mecca does have various awesome things of its own. Atlantic City Blackjack is definitely one of them. Never played before? If so, have a look at our full guide to the game below, then head to a casino which offers the variant and start betting. 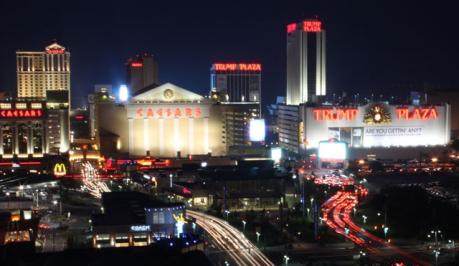 As you’d guess by the name, Atlantic City Blackjack was first offered by casinos in Atlantic City, New Jersey, in the USA. Of course, this table game bears a very strong resemblance to its classic variant, Blackjack, which was transported all the way from Europe to the US in the early 20th century.

Despite the fact that the game’s popularity did not kick off during the first part of its history in the US, it eventually became widely played thanks to a few modifications that were made to the game as well as its legalization at land-based casinos in Nevada and Sin City in the ‘30s.

A few years later when the operation of brick-and-mortar casinos was legalized in Atlantic City, the classic table also started being offered at many of the casinos too. A few years later, a few local casino owners conceived a way to jazz up the traditional table game by adding a new twist. And so a new variant of Blackjack was born – Atlantic City Blackjack.

Once the game was finally unveiled to the community its popularity quickly flourished among gamblers. This particular variant won the hearts of many keen lovers of the table game due to the fact that it presented them with a game with favorable odds as well as one which had a few cool quirks of its own.

During the 90s, online casinos finally came on the scene and managed to bring players from all over the globe one step closer to being able to play the games without actually having to travel to the likes of one of the globe’s gambling meccas. And although this type of Blackjack wasn’t amongst one of the first table games to become available on the net, Microgaming was pretty quick to hop on the bandwagon and develop a virtual replica of the game at land-based casinos. The online casino software developers’ version of the game really mushroomed as time passed and started to be enjoyed by many gamblers of all nationalities on the web. 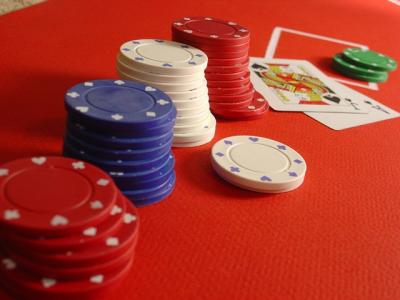 Atlantic City Blackjack is played with eight decks of cards and uses all of the standard Blackjack rules. Each deck of cards used in the game contains 52 cards and no jokers.

Unlike variations such as Blackjack Switch and Pontoon, this type of Blackjack game only has a few very small differences. Have a look below to see what the differences of the game are:

Dealer Stands on Both Hard & Soft 17

The dealer must stand on both hard and soft 17. In most Blackjack games the dealer hits on soft 17, which is to the advantage of the casino.

Players are Allowed to Split During the Game

During the game, players who've obtained a pair of cards of equal value are allowed to split their hands should they wish to. However, it is important to note that you can only split your hand 3 times if you opt to use this option. Another thing to note about the splitting option in the game is that aces can only be split once.

Players can Double Down After Splitting

Players can double down after splitting and can re-split up to three times in many casinos.

This Variety of the Game Allows Late Surrender

This variation of the game allows late surrender. This means the player can surrender and give up half their bet once the dealer checks for blackjack and doesn’t have it.

Always be sure to check the rules for the game that you’re playing, as just because it’s called “Atlantic City blackjack” it doesn’t necessarily mean that it has to follow the standard rules that are outlined here.

A few key rules to look at include: what the blackjack payout is (with 3:2 being the best for the player), what surrender options are allowed, how many decks are used, and what the rules are as far as what cards the player is allowed to double down on.

As we’ve pointed out in the rules section of this article, this particular variation of the classic table game does have a few differences in rules. Essentially, the small alterations of the table game meant that you’ll have to adjust your strategy accordingly when playing the game. However, for the most part, you can just follow the basic Blackjack strategy card that we’ve provided. If you’d like to learn all about how you can alter your strategy, have a look at the strategy tips below:

If you happen to be holding a hard 15, you should surrender provided that the dealer is showing an Ace or a 10.

Provided that you have a hard 16, you should opt to surrender if the dealer is showing an Ace, 10 or a 9.

In a normal Blackjack game, you’d typically split a hand consisting of an 8 and an 8 provided that the dealer is holding an Ace. However, in this variant of Blackjack, it is not recommended. Instead, you should surrender rather than split your hand.

On choosing the online casino games you’d like to play, you should always take the house edge into consideration. Always ask yourself whether the game has favorable house edge for players to take advantage of. One of the big draws of this game is that it's got one of the lowest house advantages of any Blackjack games at around 0.35%; you’ll need to pay close attention to the blackjack rules for the particular game you’re playing as even just one seemingly small rule change such as a blackjack paying 6:5 instead of 3:2 can substantially change the actual odds you’re facing.

If you’d like to venture off to the famed New Jersey city that’s known for its beaches and boardwalks and of course its very own land-based casinos, you’ll be able to enjoy playing Atlantic City Blackjack at the land-based casinos that the city offers.

Atlantic City is home to various land-based casinos which are often visited by casino lovers of all ages. Quite often you’ll find that there are various brick-and-mortar casinos which offer this type of Blackjack in their suite of casino games. Amongst all the casinos you’ll find are the crème de la crème of them which includes the Golden Nugget, Borgata, Harrah’s and Tropicana.

What is the overall goal in Atlantic City Blackjack?

The goal in this variation of Blackjack is no different to the aim of the game associated to Blackjack’s counterpart. The main goal of the game is to acquire a better hand than the dealer without getting a score that’s over 21 and going bust.

What are the main rule differences in this game in comparison to the classic counterpart?

The main rule differences in this game in comparison to its classic counterpart are that this particular variation of the game allows you to split your 10-valued cards, to choose the Late Surrender option and that Blackjack variations pay 3:2.

How much does a Blackjack payout in this version of the game?

In this version of the game, you'll find that a Blackjack pays out 3:2 and insurance bets pay out 2:1.

How can I find the best online casinos to play this variant of Blackjack?

Finding the best online casinos to play this variant of Blackjack at is a matter of looking through an online casino’s plethora of games thoroughly. Yet, provided that you don’t have time to do this, we highly urge you to take a look at our list of casinos on this page which will provide you with comprehensive reviews on the online casinos that you’re interested in signing up at.

What are the Atlantic City Blackjack table minimums?

If you’re on a bit of a budget, we can totally understand that the table minimums are definitely something to consider when gambling in Atlantic City. Typically, the table minimums vary from casino to casino in Atlantic City. And while you won’t really be able to find casinos with $5 minimums except perhaps in the mornings, you’ll be able to find tables with minimums of $15 or $25 at Bally’s Casino, Tropicana, and Showboat.

Are there any Atlantic City Blackjack Tournaments I can take part in?

Can I play the game for free before heading to an online casino to play for real money?

Are there any other interesting Blackjack variants worth playing?

Yes, there are quite a lot of Blackjack games out there on the net which have their own unique twist on the game. These include Blackjack Switch, Pontoon, Blackjack Surrender and many more.

Play Atlantic City Blackjack at One of Our Casinos Online!

Provided that you’ve got some spare cash to travel to Atlantic City, we totally recommend that you do so. Playing the table game in its founding place is definitely thrilling. However, if your budget is limited, you might just want to give playing the game at online casinos a shot instead. On playing this type of Blackjack, you’ll find that the rules governing the game are synonymous with the rules you’ll usually find when playing the game at a land-based casino. So this won't leave you the least bit confused or disgruntled. And to further ice the cake, you'll be able to play the game's online counterpart with more cash than you have originally dedicated to your bankroll by using an online casino bonus!